Since 2009 the Kep Ultra has been a highlight in WA’s ultra-marathon calendar. In 2014 I ran the 100km event, this year I was involved as a volunteer and crew support for my wife, Shirley, who was running the 75km option. 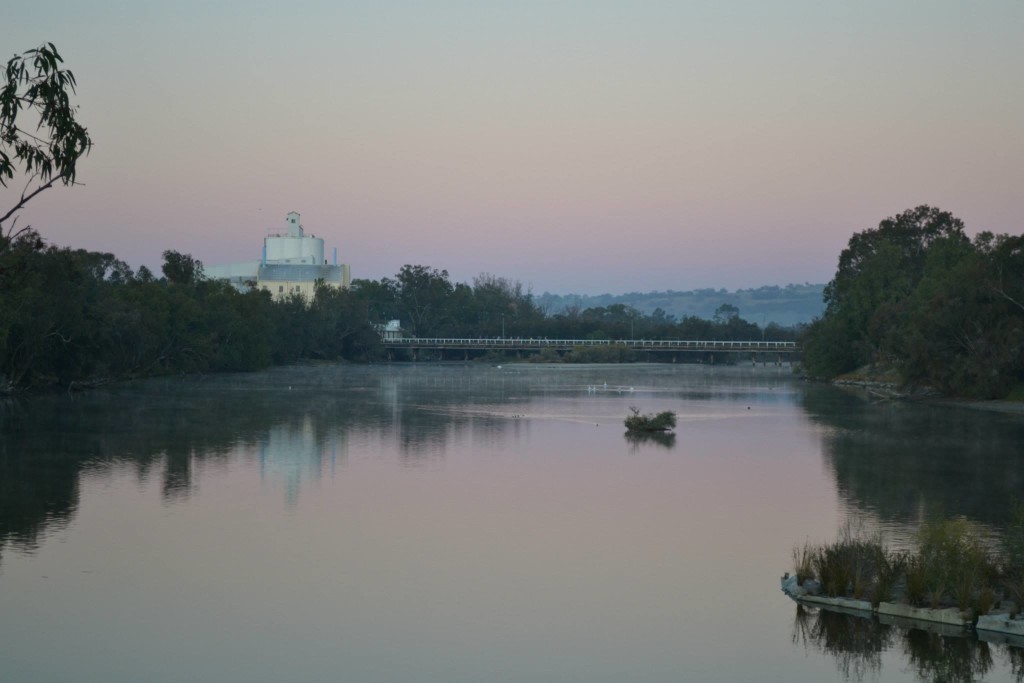 Before sunrise, on a clear and cold morning, the runners went through registration and gear checks by the light of their head lamps. The piles of drop bags for the four aid stations grew, as did the levels of excitement amongst the runners. They were about to begin a 75 or 100km journey from the small wheat belt town of Northam to the finish line at Mundaring Weir in the hills above Perth.

79 runners started at 7am as first light broke. 40 of them would cover 100km, 35 finished the 75km and an unlucky five did not complete either distance. This course is mostly pea gravel trail but the first section includes some road running. After leaving Northam there is a long climb which helps govern your pace before runners reach the first aid station at Clackline (19km).The cool conditions suited Josh Garrett, he was first through Clackline. Josh had just returned from holidaying in NZ and his form over the last 12 months has been outstanding, he was a clear favorite in the 100km event. Barb Fieberg led the ladies 100km, Bernadette Benson confirmed her favorite tag leading the 75km and Jamal Fozdar was the early leader in the men’s 75km.

The men’s 75km was a hard fought race; early on it was Jamal, Andrew Highfield and Andrew Wait setting the pace. These three left it all on the trail, Andy Wait succumbed to injury and was nursing a pint at Mt Helena tavern when I found him. Nathan Fawkes continued his strong form, including a podium finish in the Californian Wings for Life. Nathan made his way past the early leaders and won in 6 hours 18 minutes. Ian Newell timed his effort well to take second from Jamal, with Mick Thwaites a close fourth.

Bernadette Benson dominated the women’s 75km, leading all the way and finishing in a new course record time of 6 hours 31 minutes; it’s great to see such an inspirational and professional runner tearing up the trail. Sanja Kolonic was a strong second in 7 hours with Renae Twigg in third place. Renae improved her time from last year by 25 minutes.

The number of girls taking on the 100km’s continues to increase; this year, eleven ladies finished the century. Barb Fieberg was the winner of the 75km race last year. In 2015 Barb made it a matching set, winning the 100km’s in 10 hours 7 minutes. The last 20km’s of this course is challenging but it was all smiles at the finish line. Second place was Jessica Osborne, and Kilee Giles took third. It was a case of mission accomplished for Ultramag editor, Liz Bennett, who returned to Kep this year to conquer the 100km after not finishing in 2013.

In the men’s 100km Josh Garrett sat on record pace all the way winning in 8 hours 9 minutes. This is now the course record, 8 minutes faster than the Scott Hawkers time from 2013. Paul Hopwood (last year’s winner) was 5 minutes behind Josh at Clackline and 10 minutes off the pace at Wooraloo.

Sometime after Mt Helena, David Kennedy passed Paul (who must have been feeling the effects of his recent 230km at Coburg 24 hour) and this was the order they finished. Less than 2 minutes separated second and third. Paul stayed close to David for the last 20km’s and was even attacked by two small (but angry) dogs, he was sporting bloody teeth marks on both calves at the finish!

Kep stalwart, Tim Eva and Nadine Seabrook felt so fresh at 61km’s they changed their minds and decided to upgrade from the 75 to the 100! It’s not unusual for some Kep runners to change to the shorter course mid race but this was the first time anyone has upgraded.

Runners continued to cross the finish line into the night, a great atmosphere waited for them; a roaring fire, barbequed bangers, beverages, friends and family with cheers and tears. 103 volunteers directed and cared for the 79 runners this year, the future is uncertain but Kep will always have a special place in the hearts of all those who have been a part of it.

During Rob Donkersloot’s (RD) post-race speech everyone was informed that the event was run with no official approval, no insurance and at huge personal financial risk to Rob. This was due to an “administrative oversight” by the WA Governments Department of Lands. Rob has declared he will not take this risk again and Kep Ultra will most likely return to its fat ass roots next year.

Rob created this event and has directed it for the last seven years. Kep Ultra provides an opportunity for the runners of WA to experience a first class ultra-marathon in our own backyard. It also attracts visitors from the east and overseas. For more details on the future of Kep Ultra please visit the website: