If you have never heard of the Perth Trail Series, or you have, and think you would like to try out some trail running, here is a story about my first steps onto the trails of Perth.

I grew up a Perth suburban boy, but loved being outdoors and felt at home whenever I got to spend time in the country. My love of outdoors got me into adventure retail, ironically that meant spending most of my time indoors; so I switched to farming, this meant being outside all the time, yippee!

When I began running, I was immediately attracted to the idea of running trails but was focused on road and triathlon. I was stoked when I discovered the PTS and before long I had signed up for the whole series (I’m very lucky to have such a supportive partner).

The quirky race names and descriptions gelled with my sense of humour, so I had my artistic wife draw a “tattoo” on me for each race, to match the theme.

There were many highlights that summer series; the twists and turns of the Yanchep limestone tracks , camping out with the kids and making awesome new ‘trail friends’ at Walyunga, extra ‘series points’ for picking figs for the RD at Serpentine, the rope swing at Wungong (my kids are still begging me to take them back there) and a magically healing foot bath in the stream at Lesmurdie.

Best of all though, was the realisation that on my doorstep were places that I had never experienced, where I could run and play with my family and friends. These 5 races in 2013, were my first steps into trail running; I will run on road and track but when I dream about running it’s always on a trail.

This summer, PTS has a new RD, who is bound to bring her own style to the series. I’m looking forward to helping out on the sidelines with my kids, while my wife, Shirley, runs (and chats) her way through the Summer Series.

Get out there and hit the trails! 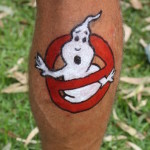 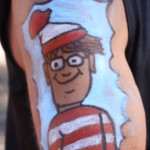 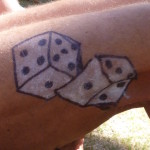 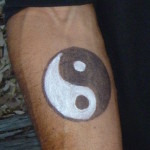 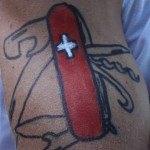