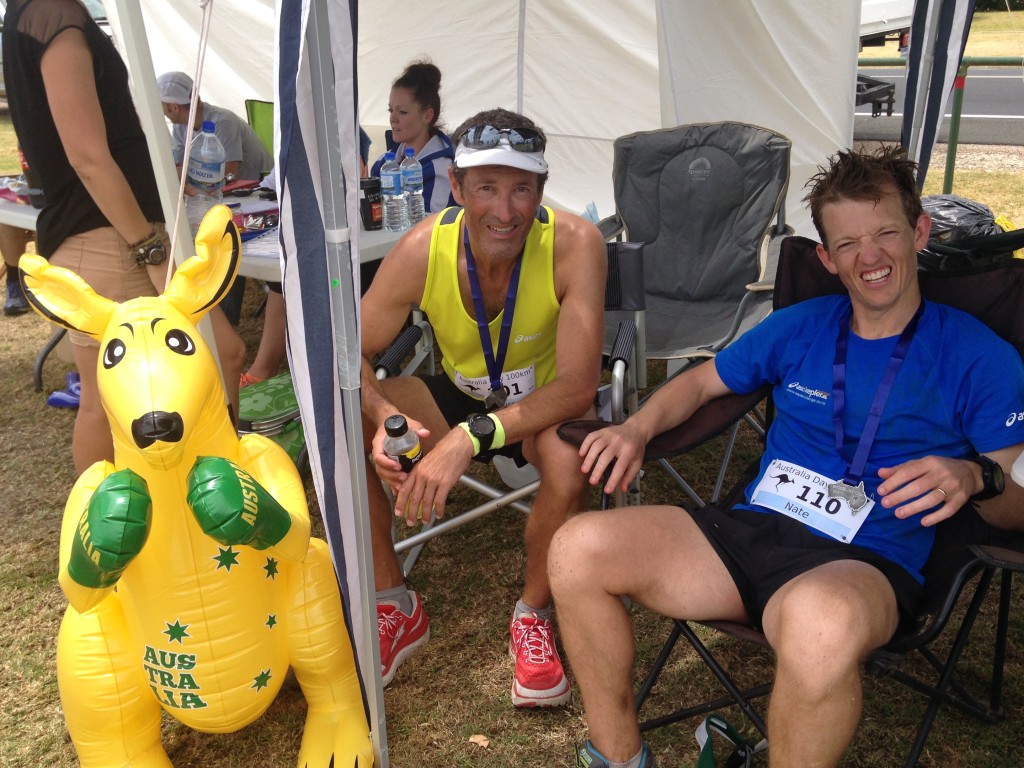 The inaugural ADU event was held on Saturday January 24th, 2015, on a 12.5km out-and-back course along the Australind foreshore (south of Perth). The brain-child of local running stalwart and race director, Ron McGlinn, the event has IAU Bronze status, and is one of only four road events in Australia with an official measurement – giving competitors an opportunity to set age-group records and/or qualify for Australian teams.

Attracting a predominantly West Australian entry list this first year, there were 32 starters in the 50km event, and 11 for the 100k. With both events commencing at 3am, it was quite a sight watching the field stretch out quickly, with the front runners setting a blistering pace. Thanks to the local council who replaced several sections of concrete path in support of the event, the initial 3km’s were safe underfoot in the dark of the night and all competitors were quickly onto the bitumen section and heading to the turnaround at 6.25km. With parts of this latter section covered by trees, it was good to know there’d be some relief for those planning to be on the course past midday. With four out-n-back’s for the 50k, and eight for the 100, there were plenty of opportunities for high-fives!

In the men’s 50km event, it was Andrew Wait who led the pack all day with Tony Smith and Grant Wholey around six minutes back at the half way point. In what was a finish to remember, Andrew collapsed with less than 300m to go, and struggled to get going again. His lead of ~3min at the last turnaround had been lost, and Tony reached him just as he started running again. Being the consummate gentleman, Tony asked after Andrew and queried whether it was ok to pass before they both kicked for the finishing line. Unfortunately Andrew again fell, with Tony crossing in 3:48:13, 20s ahead of Andrew. Grant crossed in 3:55:29 for 3rd place.

In the women’s 50km, Andrea Harris had a comfortable lead throughout the race, winning in a time of 4:26:29. Amanda Bowman and Kelly Robinson remained very close up to the last lap, before Amanda pulled away to finish 2nd in a time of 4:42:56 with Kelly in 3rd in 4:45:28. With a much smaller field in the 100km event, the race was hotly contested between Bernadette Benson, Ben Treasure and Nathan Fawkes for the first 50km. Nathan held a 30s lead over Ben with Bernadette a further 18s behind at the half way point. Nathan maintained the lead throughout the next lap, but it was from there that Bernadette’s experience kicked in, leading by 17min at the 75km mark. She extended that to 40min by the end, finishing in an AUS & CDN W45 record time of 8:32:00. Ben and Nathan ran together through to the last lap, after which Ben powered on to finish first male in 9:12:31, with Nathan across the line in 9:15:59 (a new AUS M30 record). Barbara Fieberg ran a very strong race to finish 2nd female in 9:17:58, with Kate Bodill 3rd in 11:26:28. 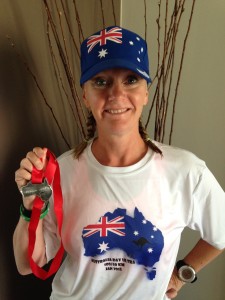 Ron did an amazing job of organising this event in a very short time frame, and expressed his gratitude for the high level of support received from the local Shire of Harvey. The Shire provided significant sponsorship in the form of signage, assistance in preparing a traffic management plan, and repairs to the footpath ahead of the race. For anyone looking to set an age-group record, qualify for the Australian team, or set a PB, ADU is positioned as a great season-opener. The next event is on Jan 23, 2016, with entries opening in July. And for parkrun fans, with a 3am start, you can run a fast 50k, and drive to Bunbury parkrun in time for 8am (kudos to Tony, Grant, Shaun and Ben Harris for achieving the double this year!)